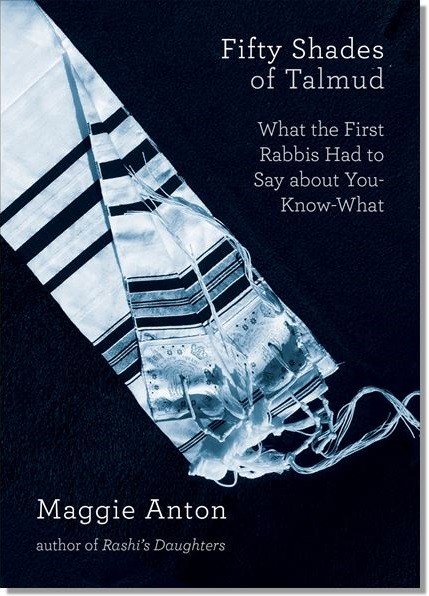 This author event will be preceded by a luncheon sponsored by Congregation Eitz Chaim. All are welcome to attend. The cost will be $20 and checks should be made out to Eitz Chaim and mailed to: Beth Marks, 617 Twin Arch Rd.
Rock Tavern, N.Y 12575

Maggie Anton was born Margaret Antonofsky in Los Angeles, California, where she still resides. Raised in a secular, socialist household, she reached adulthood with little knowledge of her Jewish religion. All that changed when David Parkhurst, who was to become her husband, entered her life, and they both discovered Judaism as adults. That was the start of a lifetime of Jewish education, synagogue involvement, and ritual observance. This was in addition to raising their children, Emily and Ari, and working full-time as a clinical chemist for Kaiser Permanente for over 30 years.

In 1992 Anton joined a women's Talmud class taught by Rachel Adler, now a professor at Hebrew Union College in Los Angeles. To her surprise, she fell in love with Talmud, a passion that has continued unabated for twenty years. Intrigued that the great Talmudic scholar Rashi had no sons, only daughters, Anton researched the family and decided to write novels about them. Thus the award-winning trilogy, Rashi's Daughters, was born, to be followed by National Jewish Book Award finalist, Rav Hisda's Daughter: Apprentice and its sequel, Enchantress. Still studying women and Talmud, Anton has lectured throughout North America and Israel about the history behind her novels.

Fifty Shades of Talmud: What the First Rabbis Had to Say about You-Know-What, by Maggie Anton

Amusing. Seductive. Stimulating. We're talking about the Talmud? That's right. Take fifty actual Talmudic discussions, mix in pithy sayings (appropriate and inappropriate) by luminaries from Mae West and Amy Schumer to George Washington and Gandhi, add a few cartoons, and voila—delighted and enlightened readers will come away with a new perspective on what the ancient Jewish sages say about our most intimate relationships.

In this lighthearted, in-depth tour of sexuality within the Talmud, come eavesdrop at the first rabbis' locker-room door as they discuss every aspect of sexual relations—how, when, where, with whom—often in startlingly explicit fashion. Author Maggie Anton reveals how Jewish tradition is more progressive in many respects, and more bawdy, than one might think. The award-winning historical novelist's first foray into nonfiction is likely to leave her fans going OMG, WTF, and even LOL.